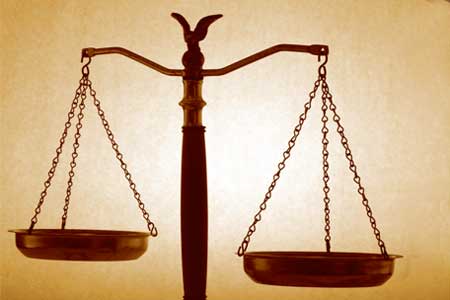 once intended to take the house* of Hadhrat Abbas

to include it in the Masjid. However, Hadhrat Abbas

refused to hand the house over. When Hadhrat Umar

resolved that he would certainly have possession of the house, Hadhrat Abbas

to pass judgement between them. Hadhrat Umar

agreed and they both approached Hadhrat Ubay

. After they had related the matter to him, Hadhrat Ubay

approached to buy it from him. However, when Hadhrat Sulayman

handed over the money to the man, he [the man] asked, ‘Is this price that you are paying better or is that which you are taking from me better?’ Hadhrat Sulayman

replied, ‘Certainly that which I am taking from you is better.’ ‘In that case,’ said the man, ‘I shall not accept it.’

then gave the man a higher price. The man then did the same thing two or three times until Hadhrat Sulayman

made the condition with him, ‘I am buying the land from you at the price you fix. You may therefore not ask me which of the two is better.’ Hadhrat Sulayman

took the purchased land from him at the price he fixed, which happened to be twelve thousand Qintar of gold (one Qintar equals four thousand gold coins). Hadhrat Sulayman

then felt that the amount was too big to give the man. Allah then sent revelation to him saying, ‘If you are paying him from something that is your own, then you know best (what you have to do). However, if you are paying from what We have provided for you, then give him whatever he is pleased with.’ Hadhrat Sulayman

then paid the amount.”

continued, “I feel that Abbas

has a greater right to his house, which cannot be taken from him until he is pleased.” Hadhrat Abbas

then said, ‘Since you have made the decision in my favour, I wish to make it Sadaqah [a charitable gift] for the Muslims.’

*His house was next door to Masjidun Nabawi