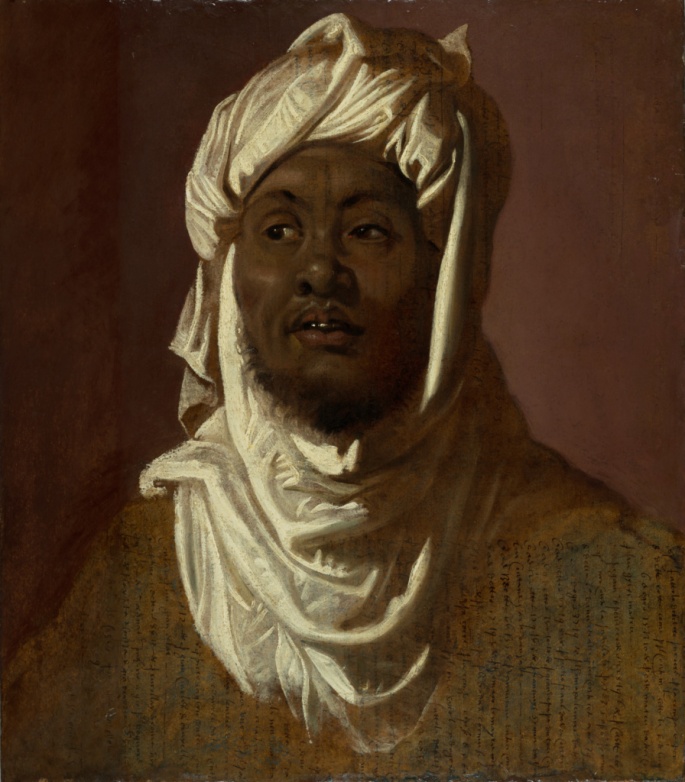 When Muslims conquered Egypt and advanced to the Fort of Bablion, Muqauqis the ruler of Egypt sent a delegation to speak to Muslims to find out what they wanted. He also expressed a desire to receive a delegation of Muslims. Therefore ‘Amr bin al ‘As [

], and he alone was authorized to talk to Muqauqis.

‘Ubada was tall and very black, and when the delegation approached Muqauqis to speak to him, he was struck by his appearance alone, and said to the members of the delegation, “Keep this black person away from me, and bring forward somebody else to speak to me.” The members of the delegation unanimously said to him, “He is superior to us in intellect, knowledge, opinion, insight and in every other way. He is our leader. We all turn to him for his opinion and advice. Moreover, our governor has given him some particular instructions, and he has ordered us not to go against him in any matter whatsoever.”

At this, Muqauqis said to the delegation, “How could you agree to make him your leader and superior, whereas he ought to have been your subordinate?” To this the delegation replied, “No, despite the fact that you see him as black, he is the best among us in knowledge, in nobility, in intellect and opinion, and we do not look down upon the black man.” Muqauqis said to  ‘Ubada, “Come forward, O black [man] and speak to me gently, for I fear your colour, and if you were to talk to me in a harsh tone, my distress shall be all the greater.” ‘Ubada, noticing Muqauqis’ fear of  black people, said, “We have in our army a thousand people darker than me.”